We are now entering into a time of the year that tends to carry more turbulence with mid-term elections approaching. To add to the turbulence, we are in uncharted waters from an inflationary stand point with June’s inflation surpassing 9%. The last time we had that level of inflation was 1981, a time when the federal fund rate was over 12% — currently it is below 2%.  The Federal reserve is the worst seat in the house tasked with taming inflation without causing a recession. While the data for July wasn’t as bad as expected, Russia’s recent actions with energy supply to Europe could create an increase in the months to come. We are in period of time with heightened geopolitical tensions, an energy crisis and still navigating our way out of a global pandemic. 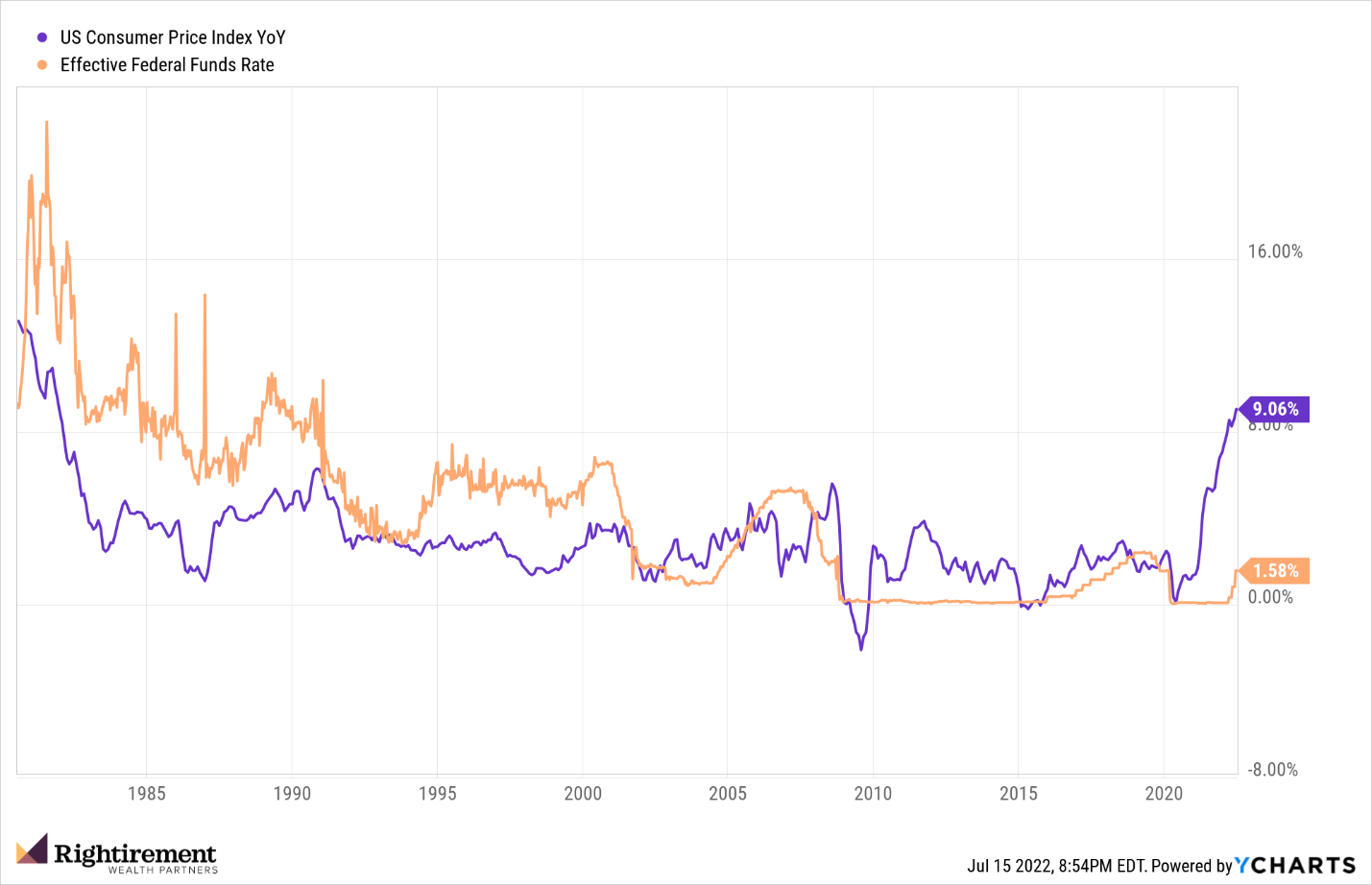 So what does history tell us about the coming months? According to the Stock Trader’s Almanac over the last thirty years August ranks as the worst month for the NASDAQ, Russell 1000, S&P 500 and Dow Jones Industrial Average. The LPL Research chart of the day shows how August and September have been trouble.

So, what do you from here? There are a few strategies you could pursue to benefit from a rough month during a market down turn, but which you choose will depend on your individual circumstances and the advice of your financial professional. One strategy is tax loss harvesting and Roth IRA conversions.1 With a taxable account holding assets with large gains, one strategy is to sell those positions. Conversely, positions with large losses may be sold to minimize tax impact. To avoid cash holdings after the sale, it’s advisable to replace with another security. Traditional IRAs may offer another strategy in the form of a Roth Conversion. Like tax harvesting you don’t want to sell and go to cash. The potential benefit here is converting an asset that is down which results in paying a lowered tax amount then you would have when balances were higher last year. You now have a tax-free account that could be advantageous when assets appreciate in the future. Many investment custodians permit IRA conversions to Roth as a journal of existing holdings meaning you do not have to sell to complete the conversion.

If you aren’t in a position to make those moves, the best thing to do could be to hang in there. Typically, October November and December tend to be up months for the stock market. Hopefully the bottom is near in this volatile market. However, it is important to know the next two months tend to be volatile and you should be aware to buckle up if you are staying the course.

The economic forecasts set forth in this material may not develop as predicted and there can be no guarantee that strategies promoted will be successful.” Also, add: The opinions voiced in this material are for general information only and are not intended to provide specific advice or recommendations for any individual. All performance referenced is historical and is no guarantee of future results. All indices are unmanaged and may not be invested into directly.

[1] Traditional IRA account owners have considerations to make before performing a Roth IRA conversion. These primarily include income tax consequences on the converted amount in the year of conversion, withdrawal limitations from a Roth IRA, and income limitations for future contributions to a Roth IRA. In addition, if you are required to take a required minimum distribution (RMD) in the year you convert, you must do so before converting to a Roth IRA.

We take protecting your data and privacy very seriously. As of January 1, 2020 the California Consumer Privacy Act (CCPA) suggests the following link as an extra measure to safeguard your data: Do not sell my personal information.